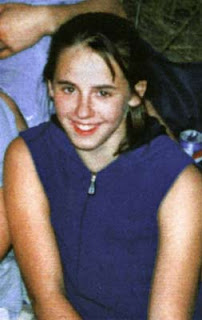 Nine times out of ten, truth beats the hell out of fiction. Never has this been more exemplified than in the disappearance of 12-year-old Ashley Pond on January 9, 2002, in Oregon City. Ashley left home that morning, walking to the bus stop, and was never seen again. Two months later, her best friend, Miranda Gaddis, disappeared as well, also on her way to school. Police were frustrated. There were no witnesses, no bodies, and no evidence. They soon appealed to the FBI for assistance.

The investigations revealed some startling revelations. Both girls came from broken homes and had multiple histories of sexual abuse. The girls were good friends with another girl in the neighborhood and spent a great deal of time at her house, including extended sleepovers and family vacations. What was really disturbing, however, was that several people had noticed inappropriate sexual behavior with the girl's father, Ward Weaver III. Ashley had even previously accused Weaver of rape, but it was never investigated. Investigators considered Weaver a suspect, but could never find enough evidence to obtain a search warrant. Searches of his yard (which Weaver permitted) yielded nothing.

On August 15, Weaver was finally arrested for the rape of his son's 19-year-old girlfriend. A week later, citing that investigation and a tip from another of Weaver's sons, the FBI was finally able to get the proper search warrants. The remains of Miranda were found in a box in an outside storage shed, and the remains of Ashley were found inside a 55-gallon barrel beneath a large, concrete slab. Weaver was sentenced to two life sentences without parole.

But what makes this case truly bizarre is that Weaver's father, Ward Weaver Jr., is currently on death row in California for doing almost the exact same thing in 1981.

READ MORE: The Crime Library
Posted by Roger Alford at 6:00 AM

Roger Alford
Creator of The Black Spectre, a new pulp hero at Black Hood Press. Also a novelist, playwright, and filmmaker with a deep interest in Hollywood and crime history.